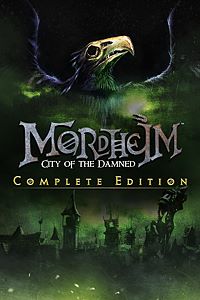 Set in the Warhammer World’s decimated Empire city, Mordheim: City of the Damned is a turn-based tactical game where you lead warbands into bloody and lethal skirmishes.

The game blends RPG elements, fast-paced tactical combat and intricate unit customization in a time wrought by chaos and rivalry where only the strongest survive. Visit the four corners of the City of the Damned to complete multiple missions in the solo campaign, or challenge other players in enthralling multiplayer modes.

The Complete Edition includes the full game, all its Warbands along with their units and dedicated campaign, and all Hired Swords.

Purchase Mordheim: City of the Damned – Complete Edition for Xbox One from the Xbox Games Store