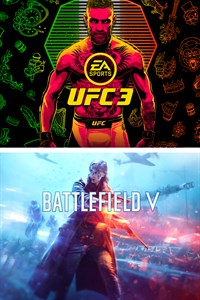 Enter mankind’s greatest conflict with Battlefield™ V as the series goes back to its roots in a never-before-seen portrayal of World War 2.

EA SPORTS™ UFC® 3 revolutionizes fighting with Real Player Motion Tech, delivering the most fluid and responsive fighter motion in sports. In the new G.O.A.T. Career Mode, your choices outside the Octagon matter as much as your performance inside the Octagon as you hype fights, create heated rivalries and more on the road to becoming the GOAT.