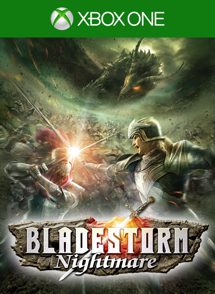 Play as a mercenary and take control of a multitude of different squad types in order to guide their side to victory on a dynamically evolving battlefield.

In addition to the new Nightmare scenario, in which dragons and cyclops appear, players can control up to 4 units with a total of up to 200 troopers and freely swap between them on the battlefield in order to carry out player strategies.

Purchase Bladestorm: Nightmare for Xbox One from Xbox Games Store