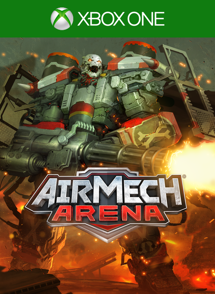 In the future, the last survivors of the Great War continue their fight with the ultimate war machine: the AirMech. Created using lost technology, Pilots have found, salvaged, or stolen AirMechs that they use to protect the weak, or to pillage.

Purchase AirMech Arena for Xbox One from the Xbox Games Store