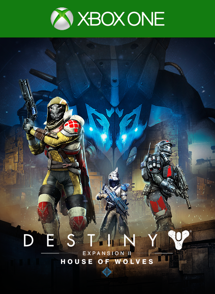 Expand your Destiny adventure with a wealth of weapons, armor, and gear to earn in new story missions, three new competitive multiplayer maps, and a new cooperative Strike.

NOTE: Destiny game required to play. Do not purchase if you already own the Limited, Ghost or Digital Guardian Edition with Expansion Pass. Expansion II may not be available on all platforms or in all territories. Pricing and release dates may vary by platform.

Purchase Destiny Expansion II: House of Wolves for Xbox One from the Xbox Games Store