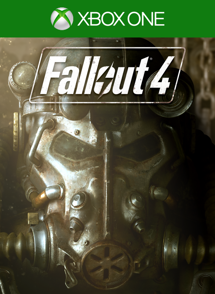 Bethesda Game Studios, the award-winning creators of Fallout 3 and The Elder Scrolls V: Skyrim, welcome you to the world of Fallout 4 – their most ambitious game ever, and the next generation of open-world gaming.

For a limited time, pre-order Fallout 4 and receive Fallout 3 on Xbox 360. The code for Fallout 3 will be delivered to your Xbox message center in 7-10 days. Redeem your code on Xbox.com and Fallout 3 will be included in backwards compatibility access when made available.

Fallout 4 releases on Xbox One worldwide on Tuesday, November 10, 2015. If you missed it, catch Game Director Todd Howard’s presentation during the Xbox E3 2015 Briefing.