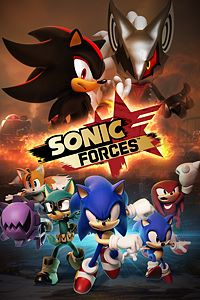 In SONIC FORCES, the evil Dr. Eggman has conquered much of the world with help from a powerful and mysterious new villain named Infinite.

Now, you must assist Sonic and build an army to reclaim the world as they fight against chaos and destruction.