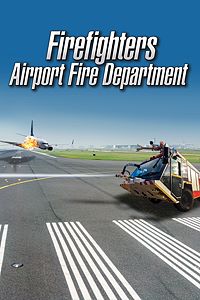 Fire can be a friend, but also a merciless foe. Nowhere else is the danger greater than at a modern airport with thousands of travellers and highly flammable kerosene.

Move out with your team and experience tense missions. As a member of the airport fire department, you and your team extinguish massive aircraft fires and beat a path through the flickering flames. Drive all kinds of fire-fighting vehicles and put out conflagrations with the mounted fire monitors. Combat local fires with extinguishers and everything you can find in your equipment. Vanquish the indomitable flames!

Purchase Firefighters: Airport Fire Department for Xbox One from the Xbox Games Store