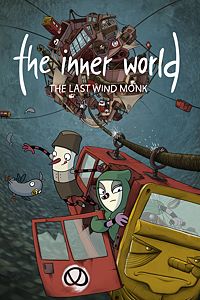 Solve mind-bending puzzles in a world full of mystery and save the family of the flute-noses!

Their dynasty has been watching over Asposia for centuries on end. In secret, they fill the roly-poly world with light and life. But when their existence is discovered, they become hunted. Emil, a trader for odds and ends, made all the Asposians believe that the dynasty is in cahoots with dark forces.