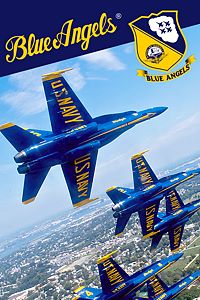 Become part of the BLUE ANGELS TEAM; try the aerobatic simulator licensed by the U.S. Navy!

Experience flight at 400 mph just 18 inches from your partner’s wing and face the challenge of official maneuvers aboard F/A-18 fighter jets and a C-130 transport aircraft. An assisted driving system allows everyone to learn even the most extreme stunts and thanks to the three play modes, anyone can experience the thrill of a real aerobatic pilot according to their abilities. Do you think you are really an expert? Compete with the simulation mode and push your reflexes to the maximum!