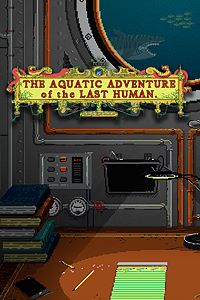 As resources began to dwindle in the year 2971, sub-aquatic spaceships were sent to a nearby wormhole to look for habitable planets.

Things did not go as planned. And now the ship Argo9 has returned, thousands of years later. Witness the beauty of the sea as well as humanity’s influence on nature, told through the art and backgrounds with some textual hints along the way.