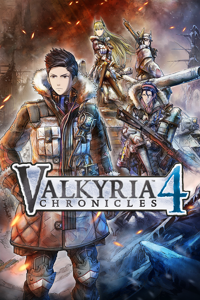 A Continent Engulfed in the Bitter Flames of War!