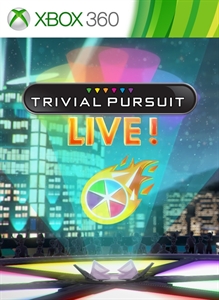 A modern twist on the world’s most well-known trivia game. Play with your knowledge in a fast paced TV Show experience.

A modern look, new reinvented question types, and the world’s best questions from the world’s top trivia authority. The game is now more fun and inclusive for everyone through adapted difficulty levels and unique catch-up rounds that inject social moments offering players a fresh, original experience.Trivia has never been so much fun.