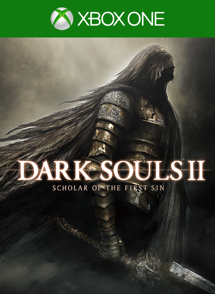 The definitive edition of Dark Souls II includes all of the Dark Souls II content released to-date in one package and much more! Enemy placement has been overhauled, resulting in a completely different play dynamic than experienced before.

Hardened players will have to forget everything they thought they knew about Dark Souls II. Online play has been enhanced with the addition of a special item to regulate souls acquired in battle.

The number of players who can participate in an online session has also been increased, from 4 to 6 people.

XBOX ONE GAME EXPECTED TO RELEASE ON 4/7/2015. YOU MAY DOWNLOAD THE GAME FROM XBOX LIVE BEFORE THEN, BUT IT WILL NOT BE PLAYABLE UNTIL 12:01 AM EST ON THE RELEASE DATE.

The post Dark Souls Ⅱ Scholar of the First Sin is Now Available for Digital Pre-order and Pre-download on Xbox One appeared first on Xbox Live’s Major Nelson.