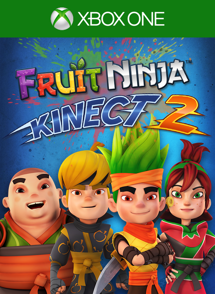 Join an all-new cast of awesome Fruit Ninja characters in the sequel to one of the biggest Kinect games of all time! Features all the content of the original hit game, plus five brand new modes to experience – all taking advantage of the next-gen precision of the Xbox One.

To celebrate the launch of Fruit Ninja Kinect 2, Halfbrick Studios is giving away 4 Xbox Ones.