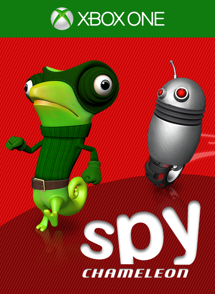 Spy Chameleon is an arcade-puzzle game where the player must avoid being seen thanks to the chameleon’s ability to change colors and camouflage.

Through 5 missions and 75 levels, the player will discover different enemies and abilities to complete these super-secret missions: taking photos of a celebrity with her lover and stealing the secret formula of a successful soft drink are just two examples.

Purchase Spy Chameleon for Xbox One from the Xbox Games Store