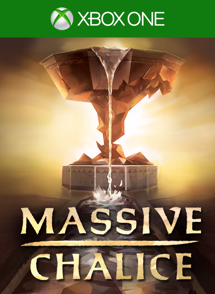 Massive Chalice is a tactical strategy game set on an epic timeline from Double Fine Productions.

As the Immortal Ruler of the Nation, you’ll take command of its heroes, forge marriages to strengthen your Bloodlines, and battle a mysterious enemy known as the Cadence in a war lasting hundreds of years.

Purchase Massive Chalice for Xbox One from the Xbox Games Store