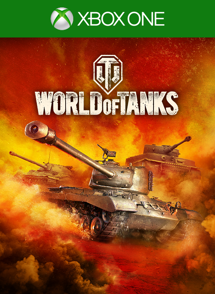 Take command of history’s most powerful tanks and experience the intensity of tank combat on console like never before.

Charge into the fray and engage in epic 15-v-15 multiplayer tank battles. Hundreds of realistic mid-20th century armored fighting vehicles await your command. For the first time ever, battle with players on Xbox One and Xbox 360 with cross-play.